Mara Ljutjuk was born in Tallinn in 1978. She graduated the speciality of painting in the Estonian Academy of Arts in 2001 , where she also acquired Master’s degree in educational sciences. She has taken also courses in fine arts in Universidad Politécnica Valencia (Spain) in 2007. She is a member of the Estonian Artists’ Association and the Estonian Painters’ Association since 2006. She has held several solo exhibitions since 2004 and participated in various group exhibitions since 2000. Beside painting, Mara is also active supervisor and designer of exhibitions, she is dealing with supervision and organization of the programme in Evald Okas Museum, and holds painting courses in the Estonian Academy of Arts.

Mara’s paintings have simple form and tell stories, which enable any viewer to recognize themselves. The motives, which may seem familiar, as they reflect moments from the surrounding world, interpret human relationships and draw our attention to various shades of life. In her paintings, Mara has sensitively recorded moments, which often last just few seconds, fragments from life, and scenes, some of which speak more openly and some more metaphorically of daily circular movement. 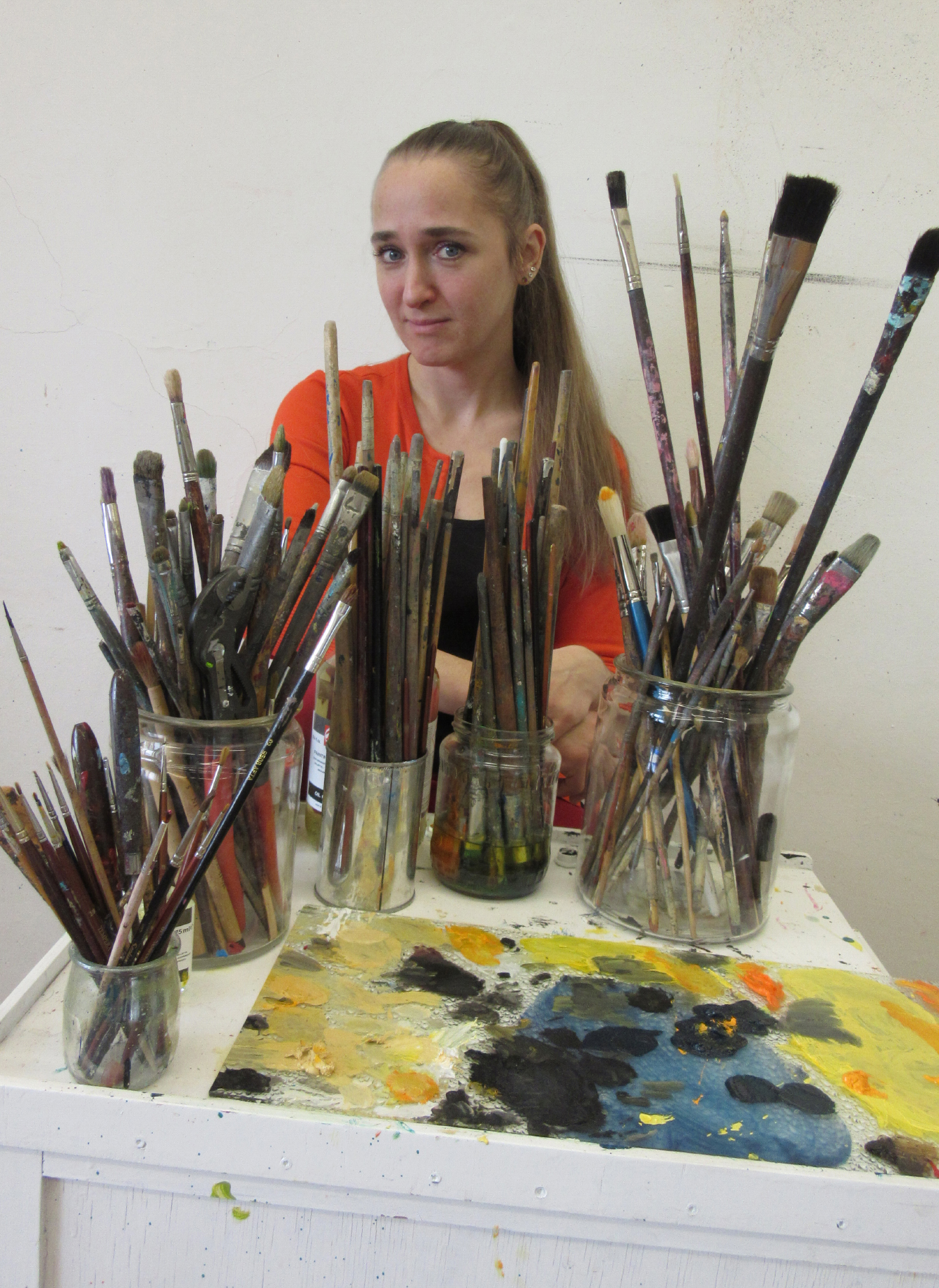